In this unit, we will begin discussing the Illinois legislative branch.

This unit will focus on understanding how to find, use, and cite to Illinois statutory authority, as well as understanding the structure and purpose of the Illinois General Assembly (ILGA).

Please do pay attention to the names and differences among the legislative law as it moves through the publication stages. Becoming skilled at Illinois legislative research will require you to have a good sense of the process for publishing statutes, as well as the differences in how various sources organize and make available each version of a legislative document.

There are several reasons why you may want to look at a Public Act. First, enacted legislation does not instantly make it into the Illinois Compiled Statutes (ILCS). Thus, when looking for recently enacted laws, you may need to look to sources outside the ILCS to find what you need. You may also want to look at the specific language of a law as it was passed.

In these circumstances, a copy of the Public Act as a stand-alone item or in a collection of session laws may be necessary.

The sources below can help you locate electronic and print versions of Illinois Public Acts.

Illinois has had four state constitutions since it was granted statehood in 1818. The constitutions were enacted in 1818, 1848, 1870, and 1970, with the 1970 constitution being the current version. The Law Library has many documents from prior constitutional conventions, and you can use the following resources to search for past and current versions of the Illinois Constitution, along with notes and commentaries.

The legislative body in Illinois is called the Illinois General Assembly (ILGA). The legislative branch is charged with producing the statutory law for Illinois, and typically meets on days between the second (2nd) Wednesday of January through May 31st of each year, along with two (2) weeks in October and/or November to consider the Governor's vetos for that calendar year. If a bill passes the Senate and the House in a special session after May 31st, and is signed into law by the Governor, the law cannot go into effect until June 1st of the following year, unless the passage in both chambers is by a three-fifths vote.

For the purposes of most materials, however, a General Assembly will be listed as two years: one odd year (first session) and one even year (second session).

The legislative process is one of drafting, discussion, amendment, study and voting, with signature from the Governor, in order for a bill to become law. Until signature, it is still just a bill -- a draft, not a law. In the next unit, we will talk more about bills-- how to track them and how they play a role in legislative history. This unit will focus on finding and using legislation once enacted as law.

In Illinois, a bill signed into law is called a Public Act (as opposed to a Public Law, which is the terminology used at the federal level). Public Acts are assigned a number based on the session of the General Assembly in which they were passed. For example, Public Act 97-303 would have been the 303rd law passed by the 97th General Assembly. When a Public Act is published as a single act, it is called a slip law.

All the Public Acts of a given legislative session are compiled into a publication of session laws called Laws of Illinois, which is the state's equivalent of the U.S. Statutes at Large, and thus is organized chronologically.

Ultimately, each Public Act is integrated into the Illinois Compiled Statutes (ILCS), which is the name of the Illinois statutory code. Organized by topic, the ILCS is the codified, authoritative final version of all the legislative law in Illinois. The General Assembly has its own website, http://ilga.gov, which can be used to find a variety of resources related to the Illinois legislative branch. This includes resources, noted through this page of the guide, which connect researchers to the legislated law of Illinois at various stages of the publication process. In addition, the ilga.gov site can be used to find information about the Illinois House of Representatives, the Illinois Senate, and their individual members. 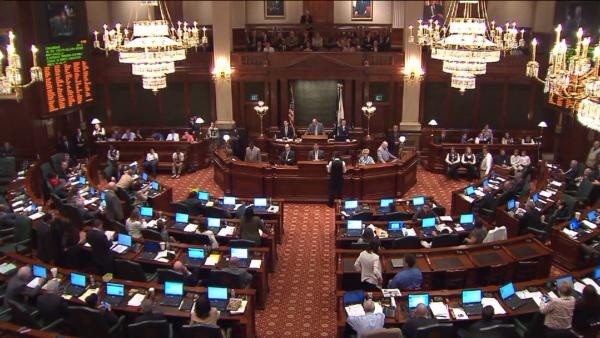 There are several pathways into a code that will allow you to find the most relevant law for your legal question.

First, whenever possible, start with an index. Each of the print versions of the Illinois Compiled Statutes (ILCS) has an index, and Westlaw Edge has its Illinois Statutes Index, the only online index for the ILCS. An index is an alphabetical list of names, subjects, terms, with references to the places where they occur within the book or series. For statutes, indices can be especially useful because they do not require you to know they exact term of art or words used in the text of the law. For example, if you were to look for divorce, you would find Illinois does not use that term. The index, however, would use the entry for divorce to guide you to statutes which pertain to the dissolution of marriage.

You may also want to use a popular name table, which is, again, available in each of the print versions of the ILCS and in Westlaw Edge, at the Illinois Statutes Popular Name Table. A popular name table allows you to find statutes by their common name. For example, when you buy a new car and it repeatedly breaks within the first few months, it is commonly called a lemon. As such, the law protecting your purchase is often referred to as the "lemon law." That phrase is a colloquial one and is not used in the statute itself. A popular name table would allow you to look up the phrase "lemon law" and would then guide you directly to the relevant section of the code.

Another tool that can be useful when working with statutes is the Table of Contents (TOC). The TOC is essentially the outline of the code or section of a code. It can be harder to use the TOC as a starting point, but pursuing it may provide you with some terms or a basic idea of where inside the code the specific law you need might reside. The TOC can be very helpful if you have found a relevant statute, but it is not quite on target with your research need. Using the TOC, you can look to see what other laws are adjacent or near the statute that you already have, and this may actually help you find statutes of great importance in your research.

It is good to remember that the "breadcrumbs" above the statutory language in electronic sources can help you utilize the TOC effectively. An example of a breadcrumb from the Illinois Compiled Statutes Annotated in Lexis Advance is:

An example of a citation to the ILCS is 50 ILCS 205/3b. The breakdown of this citation is the following:

3b = Section 3b ("Arrest records and reports"). Not every section has a short title.

Secondary sources can also be helpful when it comes to searching codes. A good secondary resource will not only explain the relevant terms and concepts necessary for your research, but it will guide you to pertinent primary authority—such as relevant code provisions.

Lastly, you can always use basic searching. While this can often net perfectly fine results, it is not the best place to start for statutory law. That being said, there are certainly times where it is both essential and appropriate to use searching techniques. 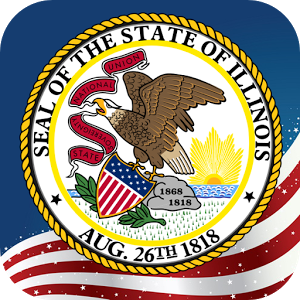 The ultimate location for nearly all enacted legislation, at the state and federal levels, is a code. Codes are organized by topic and all related legislation is located in the same section. The code for Illinois is the Illinois Compiled Statutes (ILCS).

The various versions of the ILCS are listed below:

If you find yourself in need of historical or superseded versions of Illinois statutes, you may need to come to the Law Library, where there is a comprehensive collection of such materials in print and microform. However, you can increasingly find some historical material in databases such as the ones detailed below.