There are a number of sources for tracking legislation in the current 101st Illinois General Assembly (ILGA) (2019-2020). Among the sources are:

Legislative history refers both to (1) the chronology of events that take place as a bill goes through the legislative process and (2) the statements and documents generated during that process. This page discusses the steps in researching Illinois legislative history.

When a statute is vaguely worded or key statutory terms are undefined, attorneys and other researchers try to determine exactly that which the Illinois General Assembly intended the law to mean by investigating the legislative history of the law. The records of the legislative process may contain remarks by the sponsor(s) of the legislation as to his/her/their intent in introducing the bill and the comments of other legislators regarding their understanding of the bill's purpose. Researchers of Illinois legislative intent are cautioned that it may not be possible to locate clear statements in the materials described in this guide because legislators frequently do not explain their intent or understanding in published sources.

Congress and its connected federal government entities generally do a much better job than state legislatures with regard to compiling and storing legislative materials. Many states, in fact, do not have any legislative history sources. Illinois has a moderate number of sources and tools to aid with legislative intent. Though the depth of material, as well as the usability of the tools themselves, are not as robust as the federal counterparts, it is possible to put together some legislative arguments in Illinois.

To compile a legislative history for Illinois legislation you must follow a multi-step process. You must:

In this class, you will learn how to identify and locate each of these resources. This section will also teach you how to locate pending legislation and track current bills as they move through the General Assembly.

As noted in the prior lesson, the Illinois General Assembly provides a wealth of resources for legislative materials. This guide will discuss several specific locations for gathering legislative information. You should spend some time on the website familiarizing yourself with the content, both the common and less common features, such as the current legislative reports. 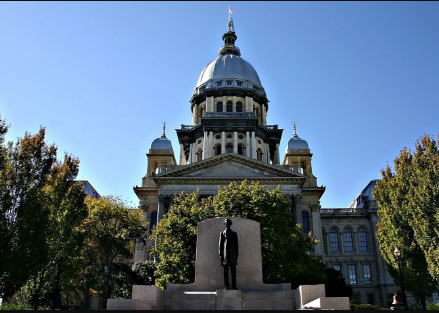 If the official sources described in the center column are inconclusive or insufficient,you may find secondary sources useful. Caution should be used in relying on these unofficial sources, since the courts may not find them authoritative.

Legislative Sponsors.  Legislators may retain files that contains letters, memos, and other documents describing the passage of a bill. You can search the ILGA website or consult the State of Illinois Telephone Directory or the State Executive Directory for phone numbers.

Periodicals.  The Chicago Tribune, The Illinois Bar Journal, The Springfield Journal-Register, the Capital Fax Blog, and the Chicago Daily Law Bulletin are the most likely periodical sources of legislative intent information. You can search through the Newspaper Library collection for information about back issues of newspapers.

Someone else may already have done the research on the bill in question. Look for law review citations in the annotated versions of the Illinois Compiled Statutes.

If you have a citation to the Illinois Compiled Statutes, look at the history of enactments creating and/or amending the statute. These appear at the end of each statutory section and provide the applicable Public Act (P.A.) number(s).

You will need to locate the P.A. in order to find the bill number. The bill is the key to legislative history research, since legislation is assigned a bill number during its legislative consideration and before it achieves P.A. status. In addition to providing the bill number, the P.A. may contain a purpose or findings statement that was not included in the text of the statute.

In Class 3: Illinois Statutory Scheme, the Enacted Illinois Legislation box covered how to locate current and historical P.A.s. Use that box to help you learn and understand how to locate the P.A. for use in compiling an Illinois legislative history.

Once you have a bill number, you can start searching for documents, including the bill text, amendments, and similar legislation.

IMPORTANT: Much of the details given on a bill page, for 1997-present bills, are the same as the details given for the bill in the Legislative Synopsis & Digest and in the Senate Journal and the House Journal. All bill versions (Introduced, Engrossed, Enrolled, etc.), any amendments (Senate or House), and any conference committee reports, are linked from a bill page. One advantage of the bill page is that the dates of actions are presented in the month/day/year format most common in the U.S., while the Legislative Synopsis & Digest uses a year/month/day format.

For 1877 through 1996, the text of Illinois House and Senate bills are available in microfiche (Microform Room in the Law Library basement), arranged by number of the General Assembly. The readable headers on the top edge of the fiche indicate the first and last bill number on each fiche. There is a fiche viewer that allows you to view fiche and email pdf copies to yourself.

Amendments:
Adopted and rejected amendments to the original bill may shed light on legislative intent. The Legislative Synopsis and Digest is arranged by General Assembly and then by bill number; it provides the name(s) of the sponsor(s), a summary, dates of consideration in both chambers, references to proposed amendments, dates of passage from both chambers, date signed into law, Public Act number, and effective date. The text of amendments are printed in the Journals of the House and Senate (Illinois Documents, Lower Level), on the days on which the amendments were proposed.

Print copies of theses resources are available in the Illinois Alcove. You can access electronic version of the Legislative Synopsis and Digest, the Senate Journal, and the House Journal, through ilga.gov.

Similar Bills:
Other bills that were introduced in the same or previous session may also provide some insight on the meaning of the bill that was enacted. The subject index to the Legislative Synopsis and Digest lists all of the bill numbers that deal with a particular subject. If more than one bill number is listed for the subject you are investigating, research the legislative history of the bills that were not enacted.

Comparing the Legislative Synopsis & Digest with the Senate/House Journals:

Most reports are noteworthy only for their brevity and lack of substantive comment. Some do contain more useful information, however, and for this reason they should be reviewed. Use the Record of Bills index in the last volume of both the House and Senate Journals for the appropriate General Assembly; look under the columns labeled "Report of Committee" and "Other Proceedings."

Since 1972, House committee meetings have been recorded on audiotapes. The Senate does not record its committee meetings. The Law Library does not have a collection of these tapes but individual tapes may be ordered from the House Transcribing Clerk for a fee (217-782-8100). You may place an order by phone (provide the bill number and/or Public Act number) and your address; the tape and the invoice will be mailed to you.

Sponsors and other legislators may comment on the bill during its second and third reading. The debates contain a transcript of what is said on the floor of the House and Senate; they represent the substantive remarks on legislative intent. Full-text transcripts of the floor debates are available on ilga.gov from 1971 to the present, organized by legislative day.

For 1997 to the present, ilga.gov provides a report on each bill introduced in the Illinois General Assembly, including:

For prior legislation (pre-1997), consult the "Master Index" for both the House and Senate by searching under the General Assembly year and bill number. This Index is found on ilga.gov under "Transcripts" and then "Listing" for each chamber.

Westlaw Edge provides transcripts of the floor debates from 1999 to the present.

You can also consult the Legislative Synopsis & Digest, which prints a chronology of all actions on each bill during the year.

Record the information (including dates of debate, page numbers and action) listed. Note that the second and third readings of a bill are the most likely times for significant debate on a bill.

The General Assembly provides the listing and text for all legislation produced in the current regular session. This is located under the "Bills & Resolutions" tab of the ILGA website.

In addition the "My Legislation" tab will allow users to have more advanced options for bill tracking. We will practice with this in class, but the ILGA provides a manual for this tool as well.

In addition, "My Legislation" allows users to search prior general assemblies (back to 2003).

The Governor may influence how a law is implemented and perceived through the use of an approval statement, amendatory veto, or veto message. These messages and statements appear in the Laws of Illinois (before the text of the Public Act) or in the Journals (look under "Governor" in the "Index of Subjects"). Thorough researchers should check both the session laws and the journals. Gubernatorial vetoes of bills that are not overridden by the General Assembly may be informative if a similar bill is introduced in the following session. 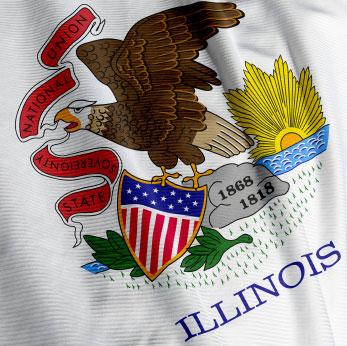 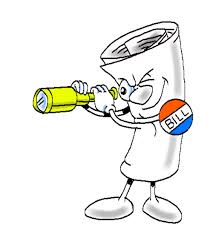