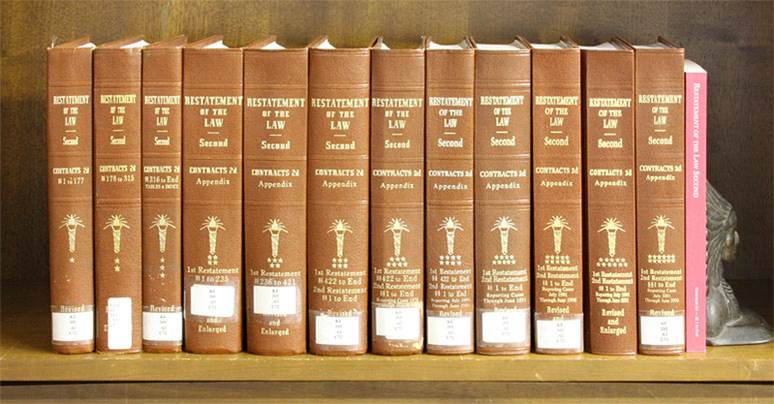 Restatements of the law are the most highly respected of all the secondary sources, and are often cited by courts.  But they are still only persuasive authority.  And you won’t find one for every topic.

Issued by the American Law Institute (a prestigious, invitation-only group of judges, law professors and lawyers) the restatements are an attempt to describe what the law is.

Illustrations - give hypothetical examples of how the black leter law should be applied in a given situation.

Reporters Notes - describe how a particular section was derived and often cites other types of secondary sources.  They also list the actual legal opinions from which the Illustrations were derived.

Also on Lexis, or Westlaw 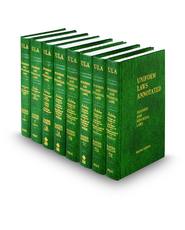 They are drafted by  National Conference of Commissioners on Uniform State Laws (NCCUSL) also called the Uniform Law Commission.

Uniform Laws Annotated is available in Print at  KF 879.A45 U5

Table of Contents and Index.

Anyone can draft a model act, but the most famous one is the Model Penal Code by the American Law Insititute--the same people who draft the Restatements.

The purpose of the Model Penal Code was to stimulate and assist legislatures in making a major effort to appraise the content of the penal law by a contemporary reasoned judgment—the prohibitions it lays down, the excuses it admits, the sanctions it employs, and the range of the authority that it distributes and confers. Since its promulgation, the Code has played an important part in the widespread revision and codification of the substantive criminal law of the United States.

The Institute is currently re-examining the MPC provisions on sentencing and sexual assault and related offenses. 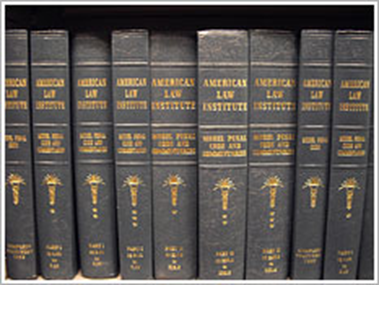